I was really in the mood to color something, but I was sad, because I didn't have anything to color. And then I remembered I hadn't colored this! So I did. YAY. So here's the trio, IN TECHNICOLOR. 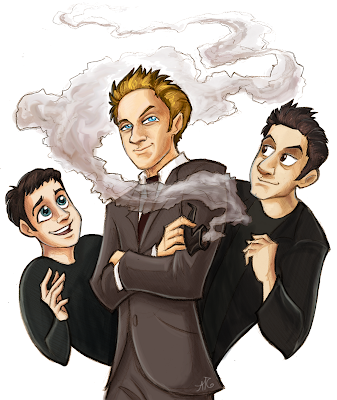 -Anna
Posted by Anna Rettberg at 10:16 PM No comments:

The owner of the barn where I ride wanted me to do a drawing of her horse Ginger, who recently passed away. I had done one a few years ago of her horse Shadow (who also passed away), and she wanted one of Gingy to match. The drawing was a challenge, mostly because of the lack of any good reference. I wanted to try and capture her personality and face, and it was so hard without a good reference photo. I'm pretty pleased with the result, all things considered... I think she looks like Ginger! This photo isn't the greatest quality... I might have to take another one some time... 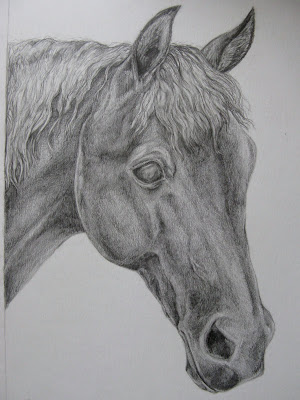 Posted by Anna Rettberg at 5:09 PM No comments:

I just got back from seeing Maroon 5 perform at the Dick's Open in Endicott (10 minutes from my house). I can hear the concert on the golf course every year from my backyard, but figured I should actually go to this one, and I'm so glad I did. They were incredible! Great live band, all the musicians are super talented. And Adam Levine can SING.

So, for fun, I thought I'd post a scratchboard assignment from Fall semester my sophomore year. We had to choose a singer, and I picked Adam Levine! This was my first attempt at scratchboard and I actually really liked it... maybe I should try using it again. 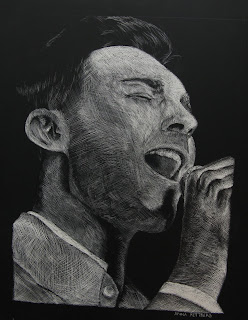 My ears are still ringing. But so good.

Oh, and while I was at the concert, NY passed gay marriage, which is just awesome!!! Proud to be a NYer.

-Anna
Posted by Anna Rettberg at 12:50 AM No comments:

This is something I drew in my sketchbook and decided to color. I don't know who she is, but she looks angry. I kind of love how I draw characters I don't know sometimes... It's like they have a life of their own, and I just happened to catch them for one moment in time.
I'm still trying to settle into a comfortable way of working. I keep experimenting with slightly different styles and digital techniques. I've started working right over my drawings and keeping the line/shading, and I like that. Now I'm just trying to figure out how much value I want to put in- if I want them to be really rounded and lit, or if I want to keep it more simple, and how much of the original line I should keep/how prominent it should be. 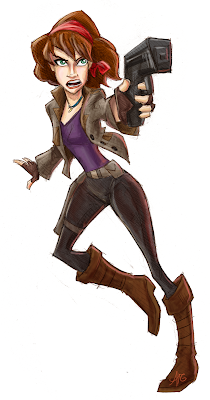 Posted by Anna Rettberg at 4:16 PM No comments:

Here it is, in all it's glory. Prepare yourself. 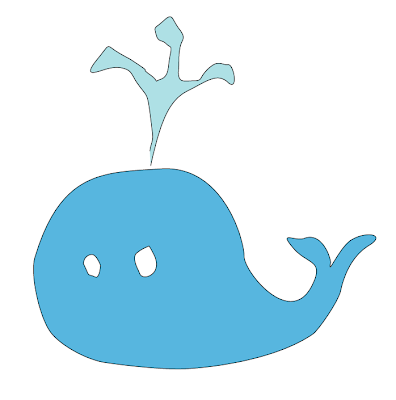 Majestic, right? I know it's important that I learn Illustrator, but DEAR GOD... I'll keep practicing, but I don't have to like it!!

-Anna
Posted by Anna Rettberg at 9:54 PM No comments:

In my plan, we are beltless.

So the Firefly drawing got me in the mood to do more caricature-type things. Meet the trio- Jonathan, Andrew, and Warren; three geeky super-villains from Buffy Season 6. I think Andrew might be my favorite Buffy character- he's hilarious, awkward, and completely sexually unaware. This is the trio in Andrew's imagination during the Season 7 episode "Storyteller". I might color this later, and if I do I will post it, but for now this is what I've got. 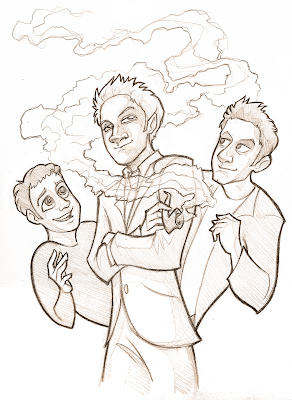 EXCITING UPDATE!  I sent this to Tom Lenk (the actor who plays Andrew) on Twitter. I wasn't planning on sending it to him, because it's not colored and I'm not 100% happy with the likenesses, but he made a tweet about how much he wished he was a cartoon character, and I couldn't resist... and two minutes later, a response! Wah! Unleash the fangirl!!

-Anna
Posted by Anna Rettberg at 9:05 PM No comments:

Playing around with my Firefly drawings... I sent this on twitter to Nathan Fillion. There's no way he'll ever see it with all the tweets he gets, but I figured why the heck not? :P