Sketchbook girl, riding her bike in the rain. 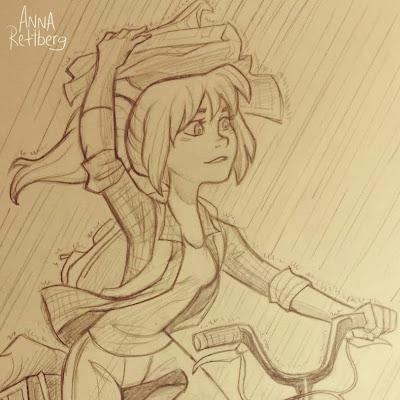 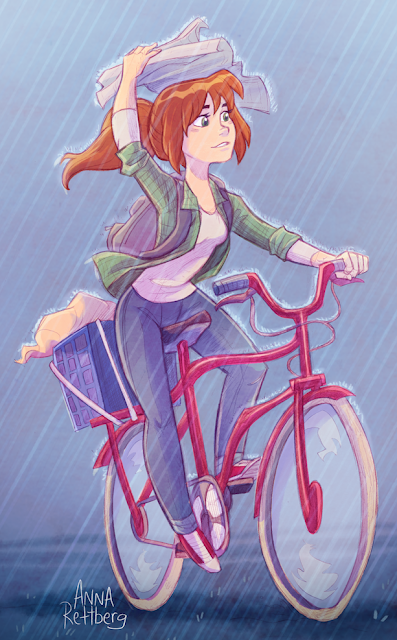 The Court of Owls 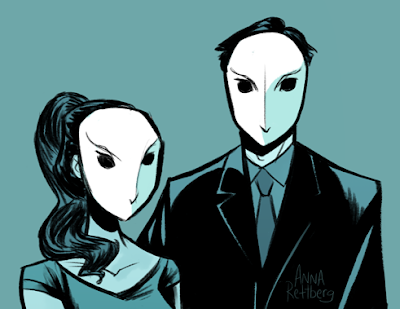 I've been making my way through a bunch of DC Comics New 52 titles (if you can't tell by all the superhero fan art lately), and I finally got to Batman. Hoooly crap, it's great. Greg Capullo's art is mind-blowing, and there was some particularly great stuff in the scene I doodled below-- in which Bruce Wayne is attacked by assassins in his home and has to fight them in his PJs. The way Capullo draws hands and feet gives me art chills. You can tell that he is influenced by animation (he says that Chuck Jones is one of his biggest influences)... his figures have such a great sense of weight, movement, and expression. I've noticed that sometimes in superhero comics the figures can feel a bit stiff, most likely because they've been overworked, but Capullo's art is fluid and loose. Anyway. I've been super busy with a couple freelance projects, and have had barely any time to draw for myself. Mostly I start sketching for fun around 7pm and stay up way too late to finish it. As is the case with this. 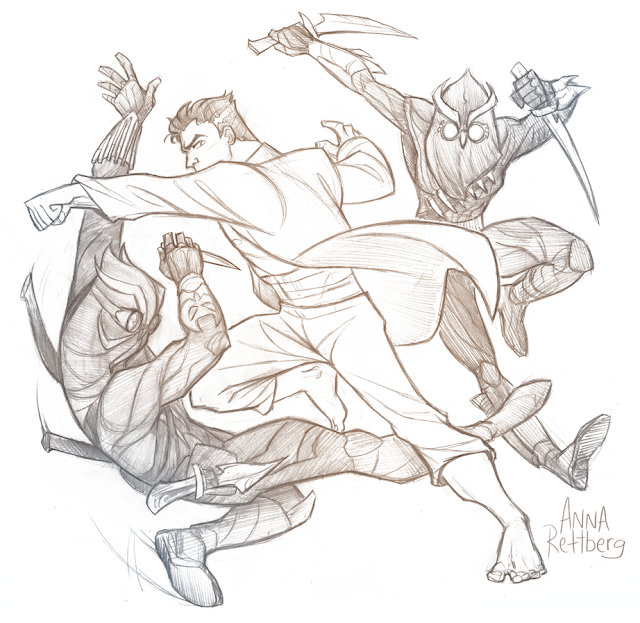 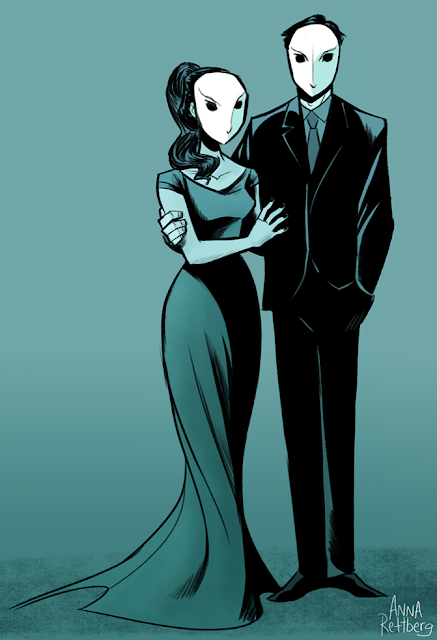 The past few weeks have been busy with clients wanting stuff finished before Christmas. But in that time I've managed to doodle some fun stuff too, because it keeps me motivated and excited about drawing. I drew Barbara Gordon a while ago and have slowly been coloring her over the past week or so. Gail Simone's writing on Batgirl is great... it gives me some serious Buffy vibes, which obviously makes me super happy. 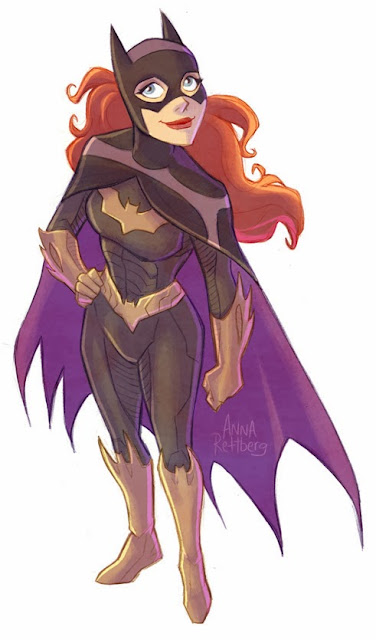 This is what happens when my love of children's books meets my love of fandom. 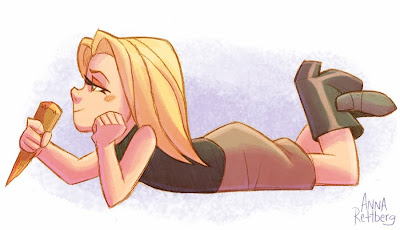 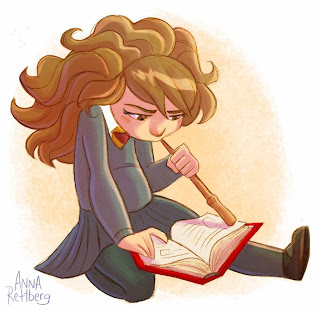 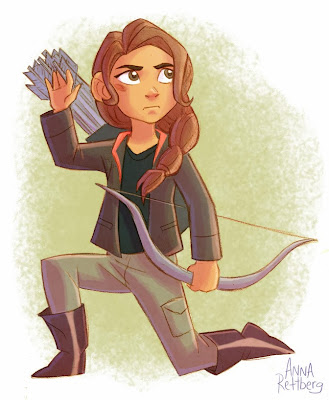 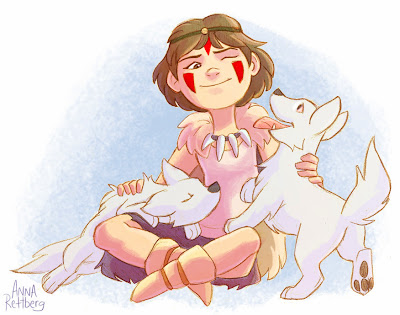 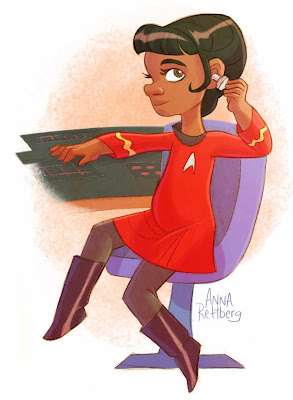 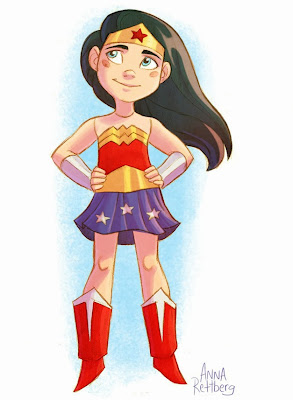 -Anna
Posted by Anna Rettberg at 7:46 PM No comments:

Fan art Friday! Wonder Woman seems to be the cool thing to draw right now. She's going to be in the upcoming Superman/Batman movie, and the actress who's going to play her was just announced. 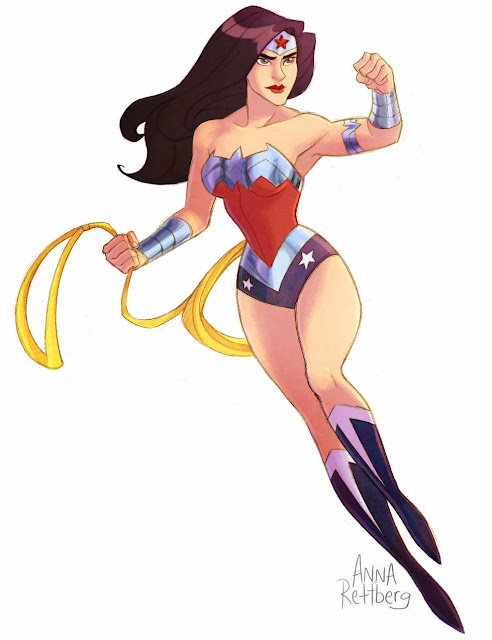 Return of the Jedi was on TV last night, and I ended up doodling Leia while watching. Colored it off and on today while waiting to hear back on some emails. 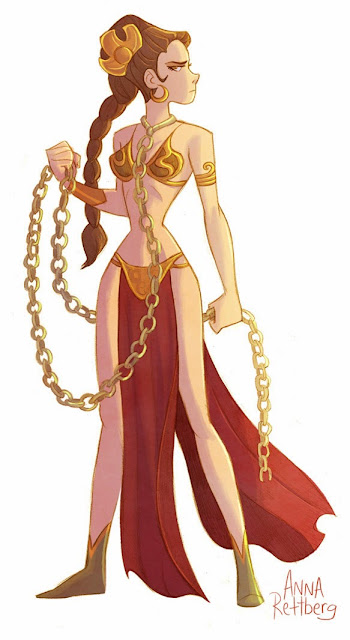 And here's a quick sketch from this morning of Barry Allen (The Flash)... like I said in a previous post, I'm trying to make my digital work look more like my traditional work. So that's what I was attempting here.

-Anna
Posted by Anna Rettberg at 3:13 PM No comments: