Here's a self portrait that I did for Jerome's class. It's okay... the eyes and jaw are too big and it's a bit lopsided (you can see how screwed up it is when you look at it in a mirror.) I've gone back in since I scanned it and tried to make the eyes a bit smaller and evened out the jawline, but...  meh. 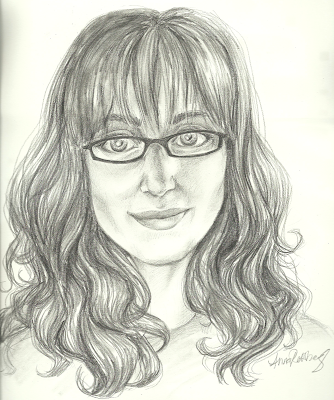 And here are some doodles from my Moleskine: 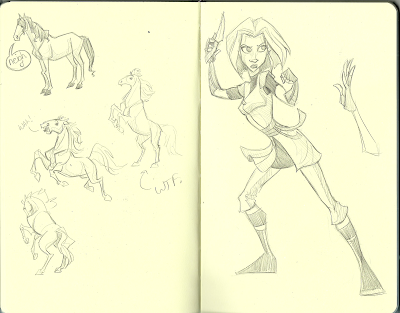 -Anna
Posted by Anna Rettberg at 2:28 PM No comments:

Here's my finished mad scientist bunny. There's more I could do to it, and I'm sure I'll tweak it a little more, but I have so much other work to do that I'm gonna have to be satisfied with this! Muahahaha!! 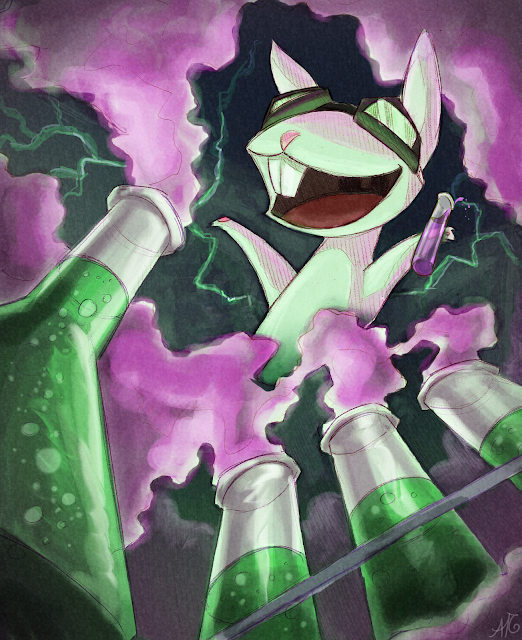 -Anna
Posted by Anna Rettberg at 3:00 PM No comments:

Here's the comic assignment we're doing for Dave DeVries, our current instructor for Concepts. The assignment was to do 2 comic pages, the premise being this-- in the first panel, the character dies, and the rest of the panels tell the story of this character passing to heaven/hell/afterlife/whatever. I had all these fun ideas but it was too hard to fit them into 2 pages, so I had to keep simplifying my concept. Eventually, I decided I would focus less on the premise and more on trying to make the story coherent in such a small amount of space, and deal with the character and his emotions more than some complicated storyline. So here it is: 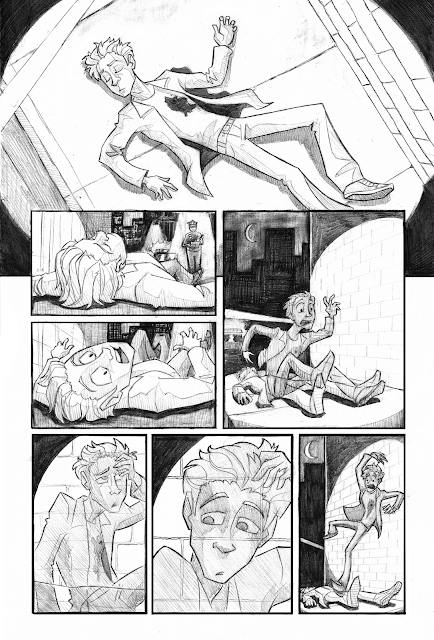 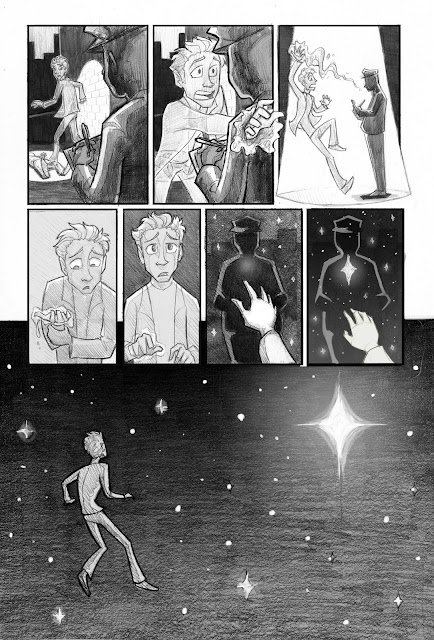 He flails a lot. Which I rather enjoy.
-Anna
Posted by Anna Rettberg at 9:16 PM No comments:

Some color comps for the promotional business card piece. It's a tough one... I'm not completely satisfied with these, but I've been staring at them all afternoon, so I figured it'd be best to take a break for a little while. Here are three slightly different color studies. I think I'm closest with the third one, but it's not there yet. 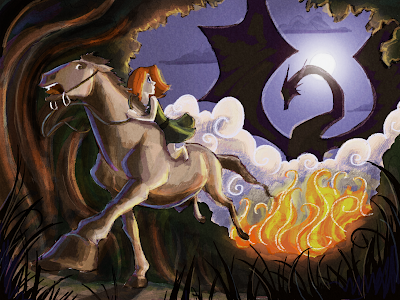 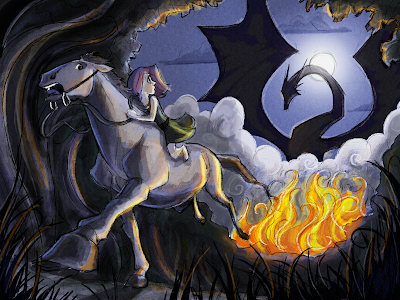 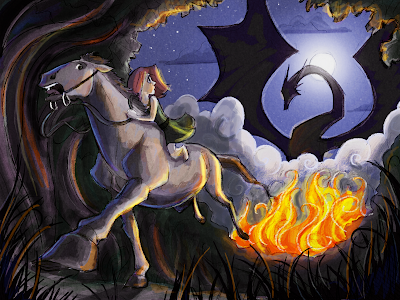 And then I have other issues to deal with, like cropping. This piece isn't feeling as exciting/dynamic as it was to me as a sketch, and I think part of that is the framing. I tried cropping it down a little so the horse felt like it was more in the corner, and it seemed to help a little. Maybe? I need to stop staring at it for a while.... 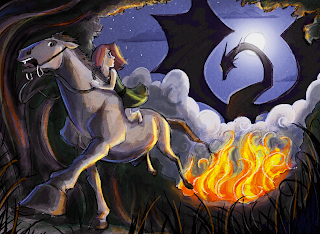 More to come on this one soon.
-Anna
Posted by Anna Rettberg at 6:28 PM No comments:

So I've been experimenting with how I want to color my girl/horse/dragon piece, and I'm really happy with what I'm discovering. Here's a sneak peek!! 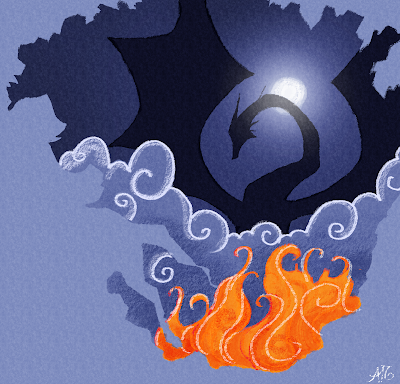 -Anna
Posted by Anna Rettberg at 12:56 AM No comments:

So here's a more finished sketch of the illustration I was working on the other day. I've made the girl younger and she no longer has her bow and arrows. I was thinking that this is more like that girl's origin story; like, this is how the girl with the bow begins her journey... Maybe her village is attacked and burned down by a dragon, and her parents stick her on a horse and send her away... Actually, that just made me think, maybe I'll add a glimpse of a burning village in the background.. I'll have to try adding it and see if it works. 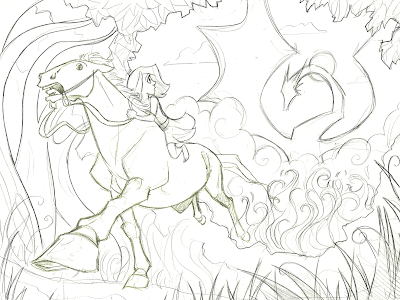 And here's a color comp/work in progress. I want to try to give this a watercolory look in Photoshop, so I'm gonna be experimenting with textures/brushes 'n stuff. Wish me luck. More color comps to come, fo sho: 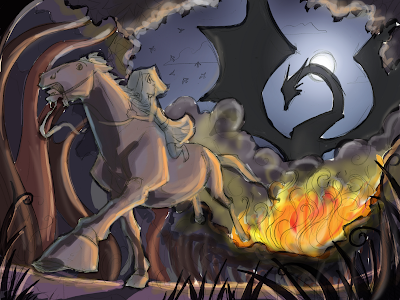 And here are some sketches I did for the 'animal doing something human' assignment that I didn't post before: 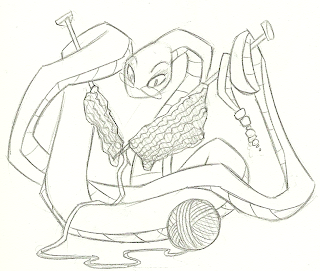 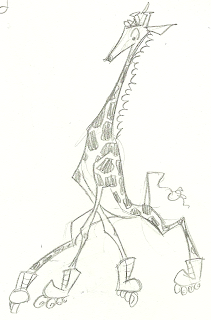 And here's a girl in a dress that I drew in my Moleskine:

-Anna
Posted by Anna Rettberg at 9:23 PM No comments:

Here are some really sketchy, scribbly color comps of our promotional business card assignment. This is just me getting a feel for the piece and the color scheme I need. 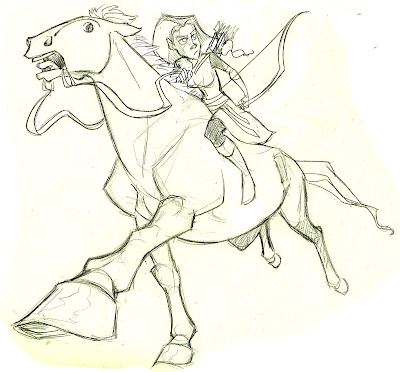 Here's the lineart for the horse and girl. (Still quite sketchy/unfinished.) 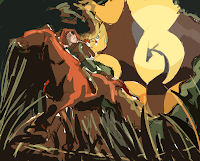 Sunsetish time. I used a filter on Photoshop to simplify it even more. 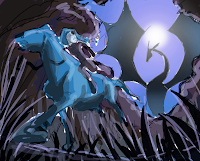 Then I changed it to night, and liked that better. 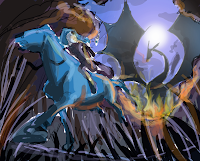 Then I added fire! Because the blues needed some orange, and dragons = fire! 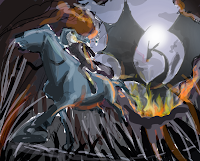 Toned it down a bit... the blues were a little too blue. 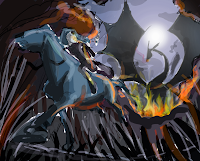 Then I upped the saturation and contrast a teeny bit.
So that's just me playing around. They need A LOT more work, but I'm tired and done for tonight. I leave you with a drawing I did in my Moleskine of a sci fi girl... with anger!! 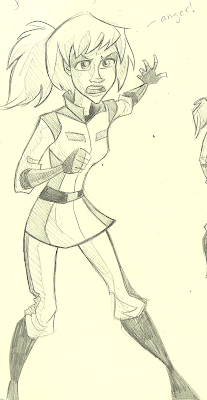 -Anna
Posted by Anna Rettberg at 12:17 AM No comments:

Work in progress/color comp of 'animal doing something human' assignment. I have the best major ever. Now, join the adorable bunny in a round of raucous, maniacal laughter. 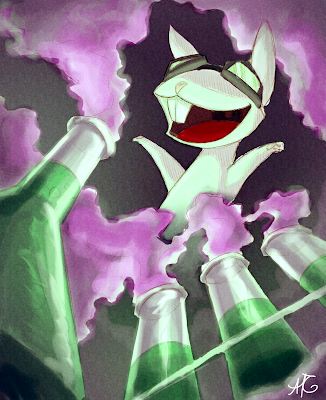 "Everyone ignores the laugh, and that's about standards."
-Dr. Horrible
Posted by Anna Rettberg at 11:40 PM No comments:

I had my first week of classes, and so far I'm really excited about everything. I'm ready to be drawing and promoting myself and being a real person. Huzzah! So here is some of the stuff that I've done this first week...

For James, we are making promotional cards. He wanted us to draw anything that we wanted; something that captures the essence of our art, and catches the eye. To capture the essence of me in one drawing, I knew it had to have a few things in it: a girl, a horse, a crazy/dynamic angle, and an element of fantasy. So that's what I drew. Here are two thumbnails. I think I'm going to go with the one on the top: 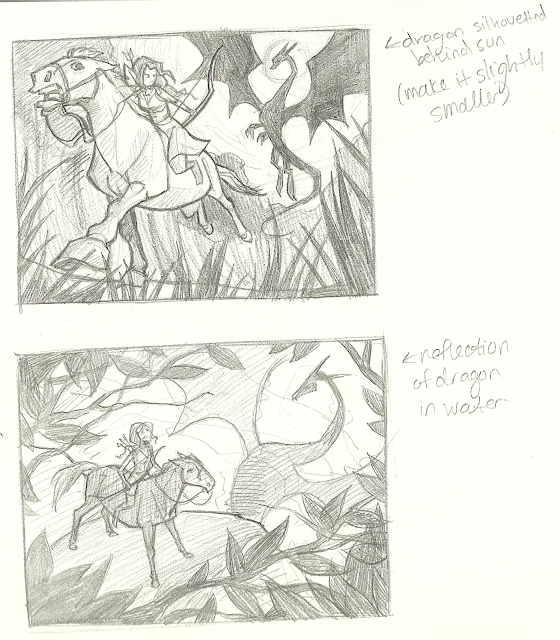 For Roger, we have to do an illustration of an animal doing something human. I decided to do a mad scientist bunny. Because I can. (He is inspired by a bunny I used to have, Bun Bun, who was awesome, but evil. But awesome.) 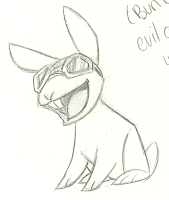 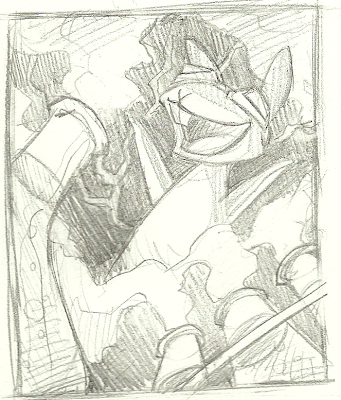 For Jerome Witkin's figure drawing class, we had to copy a drawing of a nude guy. Here's my drawing:

And for Concepts, our instructor for 5 weeks is a comic artist, Dave DeVries. He's awesome. We have to do a two-page comic and a cover... the premise is that in the first panel the main character has to die. I have the thumbnails done, and I'm excited about it, but they're so sketchy that putting them up wouldn't make a whole lot of sense, so I will upload something when I have slightly more refined sketches. So anyway. Yay! Senior year! Off to a good start :)

Oh, and this is what I've been doing in the in-between time: 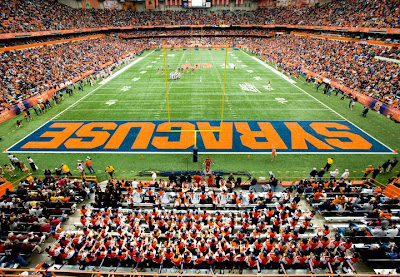 -Anna
Posted by Anna Rettberg at 5:37 PM No comments: