Christmas is coming! But before that, I'm off to England for a week. Jolly good! 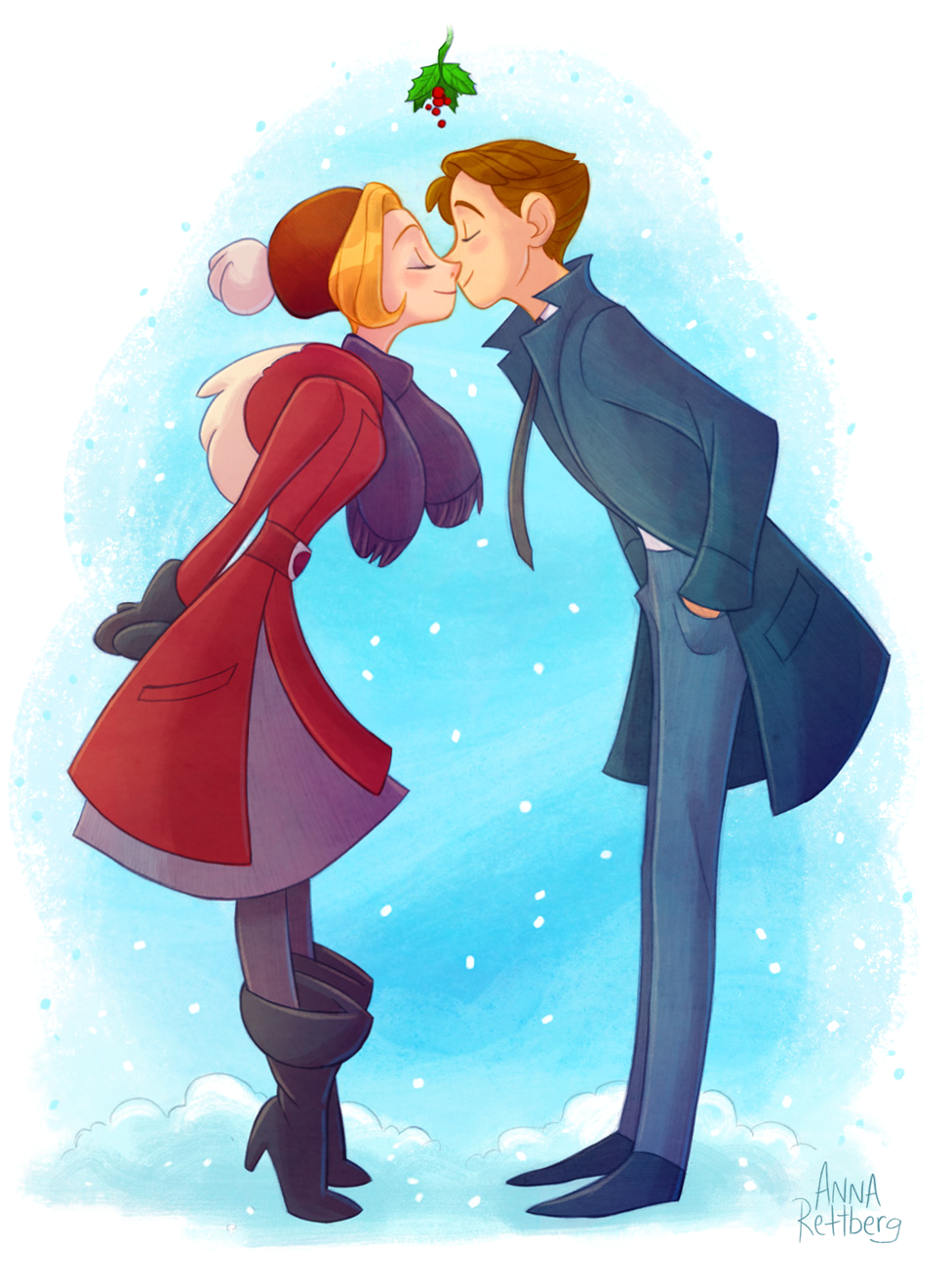 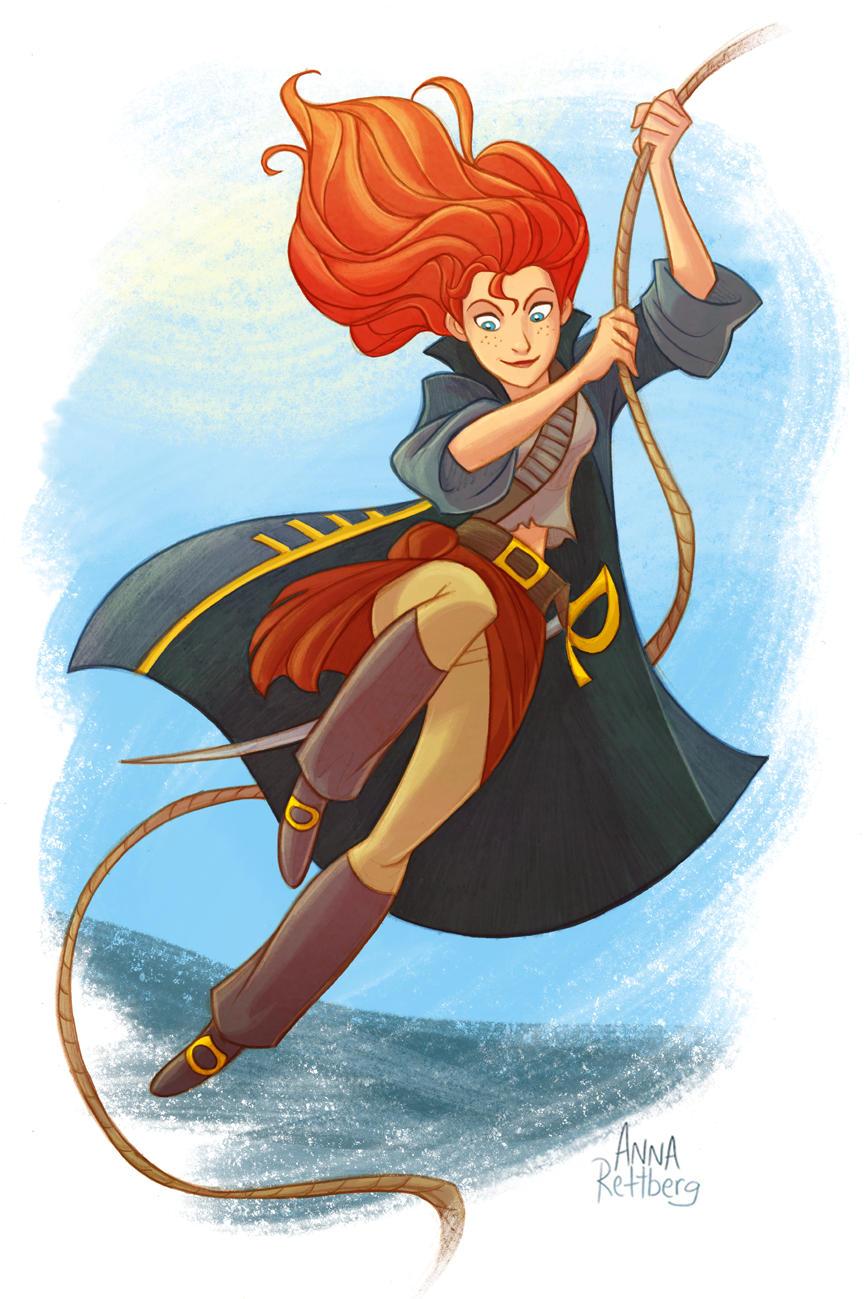 -Anna
Posted by Anna Rettberg at 10:44 AM No comments:

A Day with Neil and Amanda

I haven't updated in a month! That must be a record for me. I've been so busy with work that I haven't had much time to draw for fun, and since I can't post my work stuff I have nothing to post. I have done some doodling though, so here's a recent drawing for Sketch Dailies. 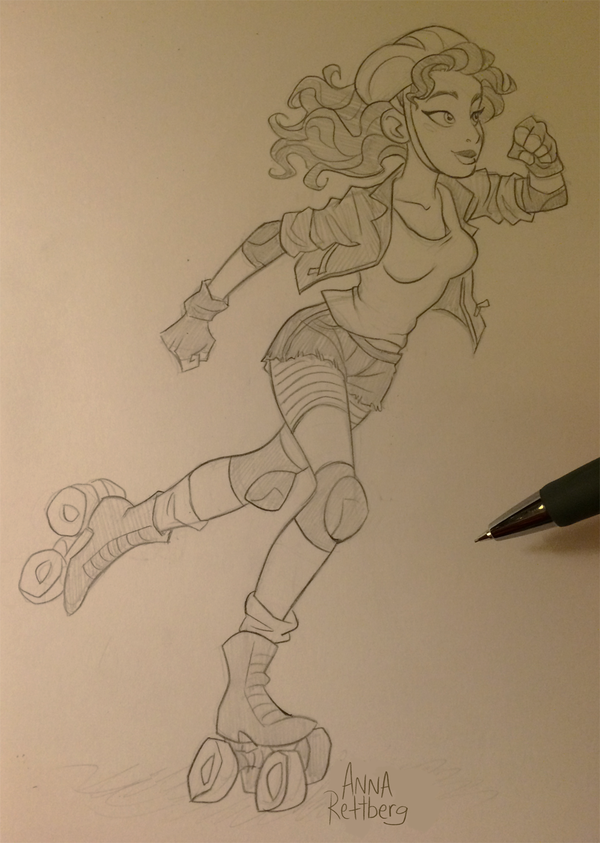 Last weekend I had the weird and wonderful opportunity to spend the day following around Neil Gaiman and Amanda Palmer. Neil has been one of my artistic heroes for years. I read Neverwhere just before starting college, and since then I've read nearly all of his novels. I used Stardust as the basis for a handful of illustrations in school. And last year he chose one of my pieces for his Calendar of Tales project (which of course I didn't mention to him, because AHH). So to say I'm a fan is... well, accurate. It was surreal to get to spend a day with him. He's the quiet, introverted artist type, which makes it even more impressive how much he pushes himself to be appreciative and kind with his fans. And Amanda is super fun. I went in not knowing much about her (though I had watched her awesome Ted Talk when it was going around a few years ago and I had vague knowledge of The Dresden Dolls), so I wasn't sure what to expect. She's hilarious and fearless, and immediately puts you at ease... I came to really admire her. Plus, her eyebrows are excellent. Here's a photo I took with her phone. Meeting your heroes doesn't have to be a disappointment! Sometimes, it's just wonderful.

-Anna
Posted by Anna Rettberg at 5:58 PM No comments: